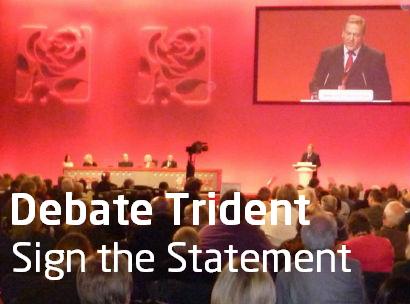 Many people would prioritise spending on health or education, on infrastructure, job creation or supporting the vulnerable rather than on replacing Britain’s Trident nuclear weapons. Others would argue that spending over £100bn on a cold war weapons system – rather than maintaining our troops or combating cyber warfare – is detrimental to the national interest. Many of us see that there is no strategic, economic or moral case for nuclear weapons, but others who think otherwise. It remains a controversial debate.

A decision on the replacement of Trident is due to be taken in 2016. If the Labour party is to form the next government, now is the time to debate it, in an open fashion, to arrive at an informed policy – leaving aside past prejudices – in Britain’s best interests. For Labour to regain trust in its ability to govern openly and transparently, it must show it is confident enough in its own processes to have it. This year’s Labour party conference is the time to debate this crucial issue.