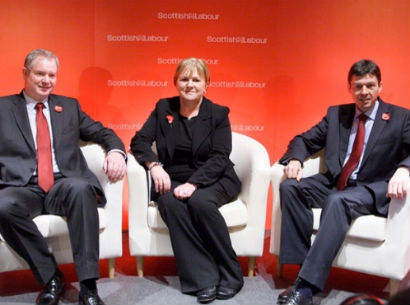 Labour CND and Scottish CND joined forces to survey Scottish Labour Leader and Deputy Leader candidates on their views regarding the Trident nuclear weapon system based at the Clyde Naval Base – and for which the Westminster government is planning a £100 billion replacement.

In summary, leadership candidates Ken Macintosh and Tom Harris both said the UK should retain nuclear weapons whilst Johann Lamont unfortunately did not reply.

Responses were more encouraging amongst the deputy leader candidates, with Ian Davidson most closely representing Labour CND members views. Not only does he believe the Trident replacement programme should be cancelled but the existing system should be scrapped.

Anas Sarwar said the UK should be looking at alternatives to Trident, including a non-nuclear defence policy and both he and Davidson believe the Scottish Labour conference should discuss Trident.

Lewis Macdonald said the UK should keep Trident as a bargaining counter for disarmament and the issue should be dealt with at the National Policy Forum.

Candidates were all asked the same six questions – you can read a full version of their responses here.

Read more about the candidates here.