Tickets to our upcoming conference are available here: https://www.eventbrite.co.uk/e/peace-policies-for-labour-tickets-55153559782 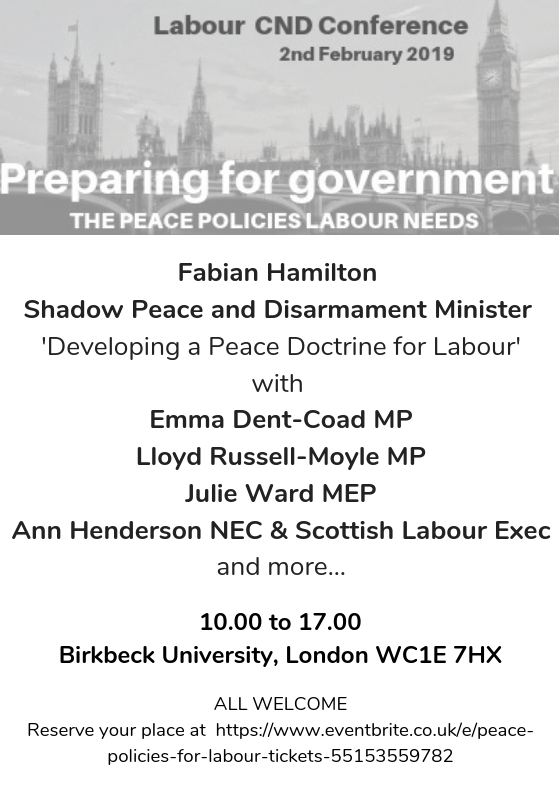 Labour CND’s annual conference in February promises to be a blinder, with Fabian Hamilton, Shadow Minister for Peace and Disarmament talking about how he’s developing a peace doctrine for Labour, and speakers from the NEC, NPF, the trade unions, and Scottish Labour where scrapping Trident’s already a commitment. Put 2nd February 2019 in your diary now. 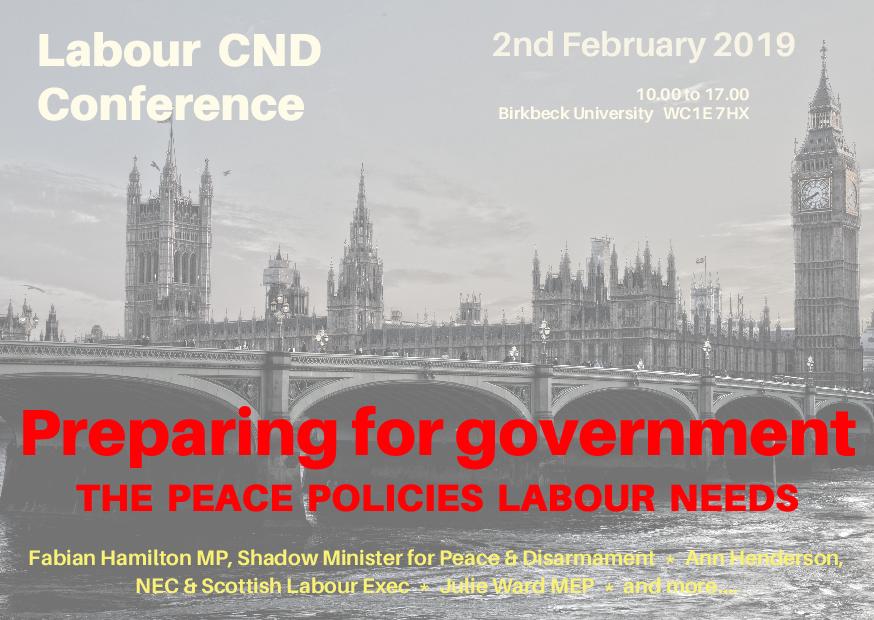 We held our annual conference and general meeting recently, with a focus on Trident, Jobs and Defence Diversification. Take a look at our conference programme and speakers here – and put next year’s conference date in your diary now: Saturday 2 February 2019.

CND UK has a stall at the Labour Assembly Against Austerity Annual Conference in London this coming Saturday, 28th October. If you’ve a few hours to spare to help with this, please contact CND’s Campaigns Officer  directly at Sara.Medi.Jones@cnduk.org. In return for helping us share information about CND at the stall, you’ll get a free ticket to the event. 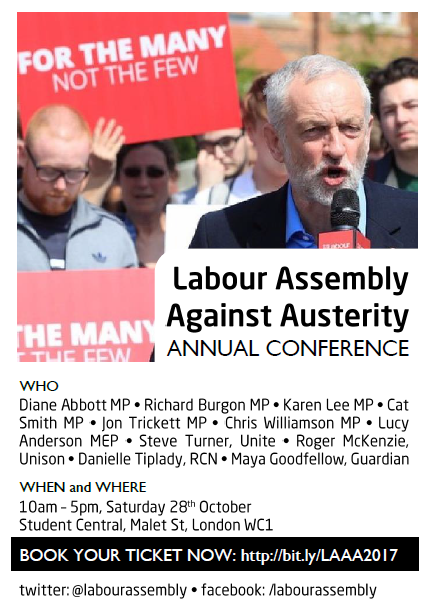 Labour CND recently participated in the conference No Need For Nuclear: The Renewables Are Here, which took place at Conway Hall, London, on 17th June 2017. Below are two short videos, which include presentations by Dr Carl Clowes, Public Health Wales, and Kelvin Hopkins, Labour MP for Luton North.

The debate on Trident  renewal  at Scottish Conference was passionate and delivered an unequivocal  verdict. With a near identical 70% vote from both CLPs and Trade Unions the UK’s possession of nuclear weapons was condemned and the concept of defence diversification was promoted. Hav ing been passed by more than a 2/3 majority it is now part of the Scottish Labour’s programme and will form the submission of the Scottish Labour Party to the Britain in the World Policy forum.

The debate stemmed from the results of a priorities ballot where Trident renewal was by some measure the most popular topic.   Although this decision by CLP delegates was itself  described  in the session as “”a nonsense and utter indulgence””  by Gary Smith,  Secretary of GMB Scotland.

The first indication that the vote might well go against Trident renewal was when a reference to Jeremy Corbyn’s statement that he would never launch a nuclear strike received loud applause from the hall.

Those arguing for the motion cited a large number of factors; the morality of weapons which would kill so indiscriminately, the lack of utility in Trident a new Trident system in tackling the requirements under the Non Proliferation Treaty, the staggering cost and the loss of potential to diversify our industrial base if we are keeping so much of our industrial workforce locked into what is in many respects  an economic dead end.

What was noticeable in the arguments of those who were advocating building what is one of the most destructive weapons system s in human history was how little they talked about the  defence of the realm. Even the few, like  ex MP Thomas Docherty and MSP Jackie Baillie who gave more thn passing reference to the role a new trident system would supposedly play in securing the UK  concentrated in what they claimed would be the impact on jobs.

Without Trident renewal it seems that British manufacturing will just collapse. This argument was pursued to such an extent that in my right of reply.  I felt obliged to apologise to conference for failing to notice the change in construction techniques which mean that the only possible use for British steel is in the construction of nuclear weapons.

The “Gie’s mair bombs – cos bombs means jobs” approach – and  this is a paraphrase, not a cariacature  – of the argument laid out,  is both curious and dispiriting. The purpose of a defence policy is in fact defence, not job creation. Incidentally Trident renewal  scores very poorly in terms of job creation. The likelihood is that it will force cutbacks in other defence spending). Moreover it represents an appalling failure of social and economic ambition.  It’s implication is that the only employment that can be envisaged  for  our most skilled craftspeople, our most highly trained technicians,  is in making nuclear weapons. That defence diversification is something that only other countries can make work. 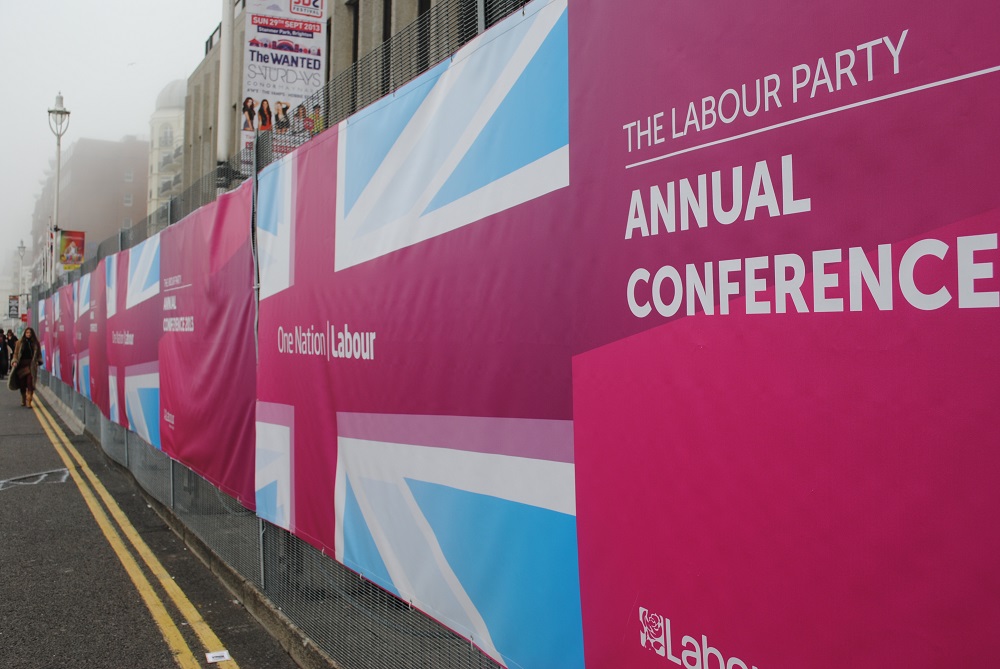 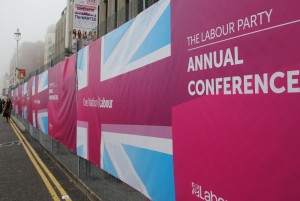 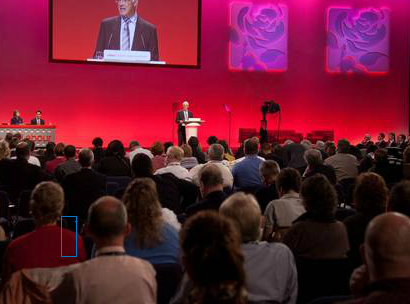 Labour CND has drafted two resolutions, one on Disarming Trident and a second on Ending US and UK military interventions in the Middle East.

It is vital that Labour CND supporters ensure these debates are heard at Labour Party Conference.

The deadline for receipt of contemporary motions is Thursday 11th September 2014 at 12 noon.

Please email info@labourcnd.org.uk and let us know if your CLP is submitting one of these or a similar motion.

Conference notes the Message to Congress by President Obama of 24 July on the extension of the US-UK Mutual Defence Agreement.

Conference further notes that the Prime Minister failed to consult or inform Parliament before signing the extension ofthis Treaty and regrets this disregard for democracy by the Government.

Conference recognises the extension of the Treaty is to permit ‘the transfer of classified information concerning atomic weapons’ in order ‘to assist the United Kingdom in maintaining a credible nuclear deterrent’.

Conference further regrets that the extension to the US-UK Mutual Defence Agreement runs counter to our Non-Proliferation Treaty commitment to disarm our nuclear weapons.

Conference welcomes the NPF decision to recognise the success of past international bans on weapons of mass destruction such as landmines, clusster munitions, and chemical and biological weapons and supports a definitive commitment to disarmament.

Conference resolves that Labour will support an international process to ban nuclear weapons, as a complementary and necessary mechanism to our commitment to disarm UK nuclear weapons under the Non-Proliferation Treaty.

Conference resolves that Labour will disarm Trident and not replace it, and re-allocate spending to where it best serves our society, including developing an industrial plan to make use of the skills of those workers in the sector.

End US and UK Military Interventions in the Middle East

Conference notes the announcement by Foreign Secretary Philip Hammond of 15th August that the UK will provide military equipment to Iraqi and Kurdish forces in northern Iraq.

Conference notes with concern the spread of the Islamic State in both Syria and Iraq and their ethnic cleansing of ethnic and religious minorities in both states.

Conference notes with regret the US and UK military intervention in Iraq in 2003 which resulted in an estimated 500,000 civilian deaths, the creation of 4 million refugees, and enforced the destabilising disintegration of Iraqi state and security infrastructure.

Conferences expresses concern that further unilateral military action by US and UK forces could further entrench sectarian divisions and make the establishment of a peaceful and unified country more difficult to achieve.

Conference resolves that Labour will reject unilateral military action or arming of forces by the UK and calls for a UN-authorised humanitarian response and calls on the UN to facilitate urgent negotiations for the peaceful resolution of this conflict. 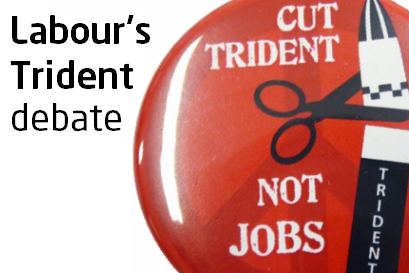 The time has come for Labour CND activists to talk about Trident and nuclear disarmament at their next constituency meeting.

The Labour Party has published its final year policy consultation documents for the election manifesto and the Britain’s Global Role document restates a commitment to Trident replacement unless the party is ‘convinced otherwise’. This is our task.

The window of opportunity for constituency parties and affiliates to submit amendments by 13th June.

Amendments will be considered by National Policy Forum (NPF) members and discussed in July at the final meeting of the NPF before Annual Conference.

Labour is committed to achieving global nuclear disarmament and welcomes growing discussion of the humanitarian impact of nuclear weapons by fellow states.

We recognise the success of past international bans in delegitimising weapons of mass destruction such as landmines, cluster munitions, and chemical and biological weapons and support a similar process to ban nuclear weapons, as a complementary and necessary mechanism to our disarmament commitment under the Non-Proliferation Treaty.

Labour will decommission rather than replace Trident. Labour will re-direct Trident spending to where it best serves our Society. Labour will develop an industrial plan to make use of the skills of those workers in the sector.

CLPs may submit up to ten amendments by 13th June.

Individuals can post a personal submission to the YourBritain site.