Congratulations to Angela Rayner on her election as Deputy Leader of the Labour Party. We reproduce below her response to Labour CND’s lobby for a Minister for Peace and Disarmament:

I can also confirm that I continue to support the commitments made in the “New Internationalism” section of the 2019 Manifesto and would want to maintain those commitments. I want a world without nuclear weapons and that’s what I want a Labour government to work towards. When the last Tory government tabled their motion to renew Trident in the House of Commons, I voted against it.

Of course, I don’t want to do to workers in shipyards and the supply chain what Thatcher did to pit towns, so any change would need to be underpinned by a plan for replacing those jobs with other skilled, well paid and unionised jobs. I would much rather we invest billions in low carbon, sustainable infrastructure, creating jobs, and building a future for our economy in exporting the means to save lives, not take them – the new, green technologies of the future. I have also made contributions during the hustings on arms sales that you might find interesting, you can watch that here.

Any candidate for Prime Minister who by contrast relishes the thought of unleashing death and destruction isn’t fit for the office. I’d rather work towards reducing the nuclear stockpile across the world because that’s the one thing that would make us all safer. We need an international commitment to disarmament and cooperation; the Tories have dismally failed to provide such leadership and the next Labour government must provide it. 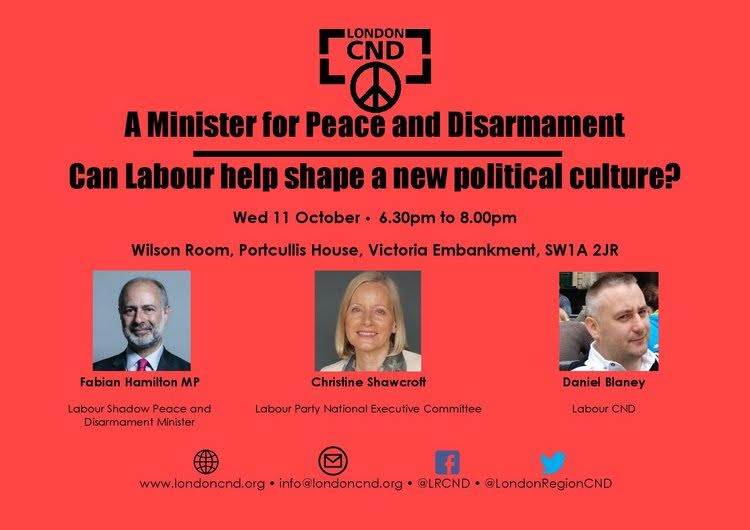