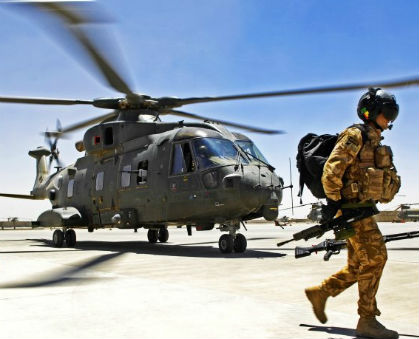 On 10th July, the Shadow Defence Secretary Jim Murphy and the Shadow Education Secretary Stephen Twigg unveiled in an article for The Telegraph their support for broader involvement of the military in the British education system. The article acts as a clarion call for a mass “invasion” of schools by the military, and articulates their belief that civilians should adopt a “service ethos” which can be cultivated in our nation’s education.

Murphy and Twigg call for the establishment of military academies in “communities with the greatest social and economic need” and more involvement of local cadet forces in extracurricular activities for deprived areas. The logic of their proposal asserts deprivation and a supposed lack of aspiration can be remedied with military discipline and an idolisation of the military as an institution. This simplistic analysis fails to realise the problems in these communities lie not with aspiration, but that deprivation is the cause which forces many young working-class people into the military in the first place.

Murphy and Twigg claim that military veterans can serve as role models for ‘troubled youth’, but fail to point out that 10% of the current prison population are ex-military, and many suffer from mental, physical and substance abuse issues after leaving the force. This is not to demonise those who have served in the military, but rather to point out that the military itself is not an institution which corrects society’s ills in a vacuum. Many of those who will leave the force for the worse come from the kind of communities Murphy and Twigg claim are in need of military academies, communities which still face the kind of deprivation and lack of opportunity when they joined the force originally.

It is incredibly dangerous for Labour to make the link between community spirit and an institution which sends a disproportionately high number of working-class men and women to their deaths from these same communities. Glorifying conflict through desensitising young people to the realities of the military’s primary function, which is to engage in combat, sets a dangerous precedent for the future of the education system and the values which children take away from their time in school. Labour must challenge the conflict consensus through education, promoting the history of peaceful activism and warn of the horrors of war, rather than idealising the nature of the military and its purpose.

Labour would be far better to promote the same values of public spirit and community activism Murphy and Twigg asserts their proposal aims to embody through positive institutions, such as the NHS, which save lives rather than end them. There can be no greater army in Britain than the legion of doctors, nurses and health professionals who serve our country as our first line of defence against illness and death. Investing in communities, in the health service, in schools, and redeveloping our nation’s industry are solutions to the problems Murphy and Twigg believe can be resolved through sending military officials to run our schools. Military role models, like Nicola Murray’s Fourth-Sector Pathfinders in The Thick Of It, cannot ‘inspire’ people out of poverty.

It is incredibly important for young people in disadvantaged communities to feel part of society, but Labour would be better to stay clear of believing this occurs through an institution which tears societies apart. Murphy and Twigg claim their aim is to ensure “there is mutual support before and after military service” in these communities, but this does not occur by normalising the military in education. It comes about by providing jobs for people, rooted in their communities and families, not abroad fighting foreign wars. Public service doesn’t have to be about donning a uniform and a gun, but about building a sustainable future for your community.