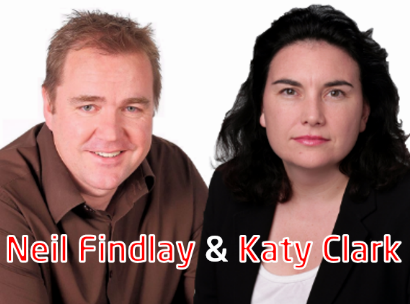 Labour CND is proud to endorse Neil Findlay for Leader and Katy Clark for Deputy Leader of the Scottish Labour Party.

The Scottish people are opposed to Trident and Scottish Labour must be outspoken in its opposition to these weapons of mass destruction. A Scottish Labour leadership that recognises and addresses this issue is vital to rebuild the party’s support.

Neil has repeatedly spoken out against Trident since being elected to the Scottish Parliament – both in the Parliament and in support of public rallies and demonstrations.

Katy made her views clear when she voted against Trident replacement in the House of Commons in 2007, as did a majority of Scottish MPs. She has continued to challenge Trident ever since.

Both Neil and Katy would work closely with party members, trades unionists and community campaigners to make this necessary change a reality.

With Tory austerity increasing unemployment and reliance on social security, cutting and privatising our public services, and lowering living standards, the billions allocated to Trident becomes more outrageous by the day.

Scottish Labour should take the opportunity to bring a Scottish Defence Diversification Agency to life and prove that scrapping Trident to fund sustainable employment is not only the right thing to do, but a vote winner.

Electing a leadership committed to disarmament and diversification is the best way for Scottish Labour to reconnect with lost voters.

Elect Neil Findlay and Katy Clark to do just that.