Dozens of ceremonies were held across Britain to commemorate the atomic bombing of Japan in 1945. Labour CND’s Ruth Brown is pictured here (second left) at Tavistock Square Gardens in central London. At a conservative estimate, 250,000 were killed as a result of US bombs dropped on Hiroshima on 6 August and Nagasaki on 9 August, and second and third generation Hibakusha are still suffering the effects. 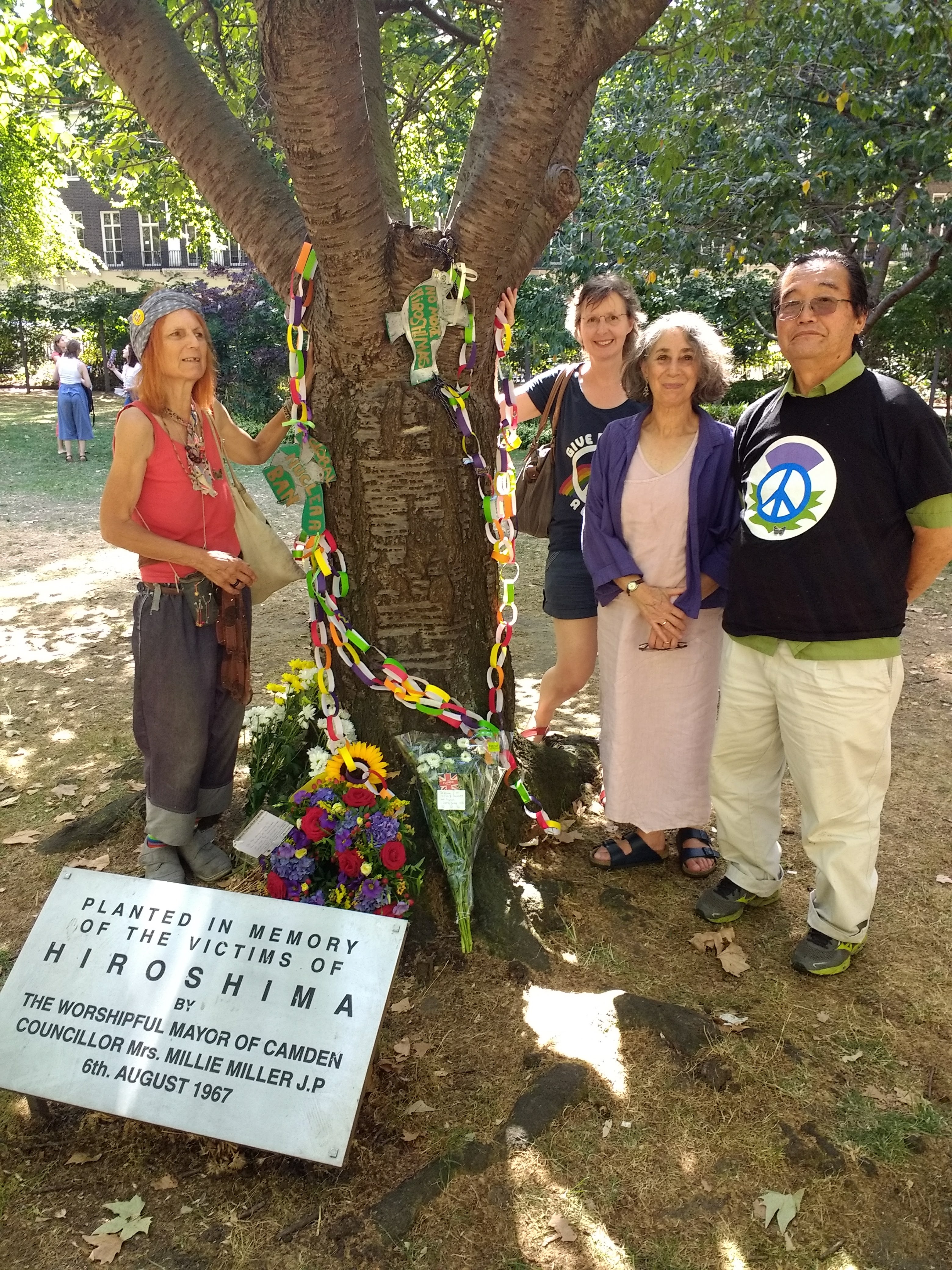