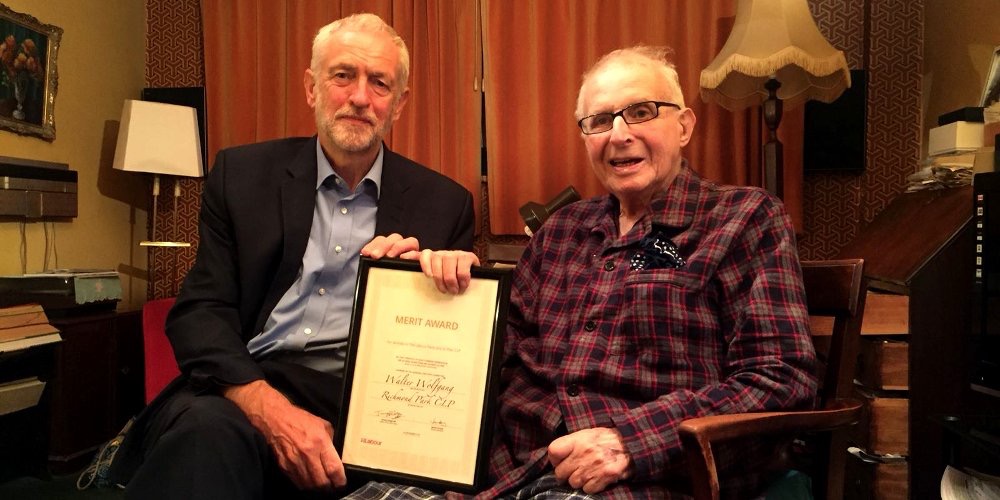 Jeremy Corbyn posted this video and comments after he visited Labour CND Vice President Walter Wolfgang in his home to hand over in person a Labour Party merit award.

This is a touching acceptance speech from Walter Wolfgang.

Walter joined our Party in 1948 after fleeing Nazi Germany.

He has spent his life fighting for peace, justice and socialism. #Lab18 pic.twitter.com/2kuJIdP90h