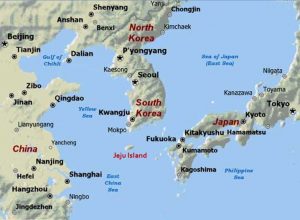 South Korea is hosting an International Fleet Review on its Jeju Island Naval Base in Gangjeong Village from 10 October, the biggest event since the base was constructed, when warships and fighter aircraft from 45 countries gather there for a military exhibition. The ‘Kick Out US Bases’ campaign has mounted a strong opposition to the base, which is seen as a US-led project that’s destroying the environment in order to provide a strategic military outpost for Nato and the United States in the East China Sea.

Read the petition and add your name to that of Labour CND and the many others who have signed in support.