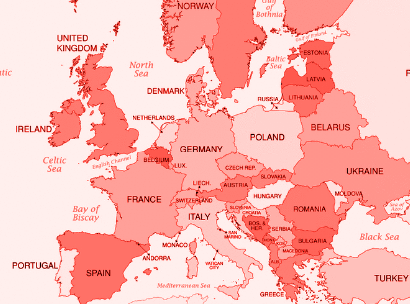 Ahead of the European elections this year, a number of Labour’s sister parties in the Party of European Socialists have been taking the initiative in driving forward the nuclear disarmament agenda.

In this context, the Labour Party should discuss and set out how it intends to achieve nuclear disarmament – with the decision on Trident replacement looming after the next election.

A global ban on nuclear weapons

Most significantly in Europe, the Austrian government – a coalition led by Social Democrat President Heinz Fischer and Prime Minister Werner Faymann – have announced they will host a major conference on the humanitarian impact of nuclear weapons in the Autumn.

With official delegates hearing new research from the International Committee for the Red Cross, the World Health Organisation and Chatham House, there is a push to ‘stigmatise, ban and eliminate’ nuclear weapons – in the words of the Austrian President – in the same way that cluster munitions, landmines, and chemical and biological weapons have in the past.

The Austrian Social Democrats Foreign spokesperson, Christine Muttonen, stated, “This is an important part of our foreign policy … we want to continue to play an active and leading role in the issue of international ostracism and the total ban of nuclear weapons.“

The UK, along with the other four Non-Proliferation Treaty nuclear weapon states, boycotted the first two conferences, with the UK stating its belief that the call for a ban disrupts its ‘step-by-step programme’ to disarm – which includes replacing Trident.

In Belgium and the Netherlands a debate is taking place about purchasing F-35 stealth fighters to replace their aging F-16s, and the continued deployment of NATO-assigned US B-61 nuclear weapons which the current F-16s carry.

Reports state that in Belgium, at the recent Congress of the Flemish Socialist Party Alternative, the party stated it would not back a future coalition government that would continue to support the presence of the B-61 bombs. Socialist MP Dirk van dar Maelen said, “Those nuclear weapons must be transported – they quickly found an excuse to replace the existing aircraft and to give new aircraft €4billion.”

A report on the party’s website also states they would not purchase the F-35 planes at all, favouring greater EU defence co-ordination and prioritising spending the money on social programmes.

In the Netherlands, the coalition government that includes the Labour Party has recently decided to go ahead with purchasing 37 F-35 planes, despite the party voting not to do so in the previous parliament in July 2012.

However, reports state that despite support for the plane purchase, Labour Foreign Minister Timmermans, ‘wants to work with NATO allies to prepare proposals that lead to removal [and] realises that finding alternatives is crucial to convincing these states to stop blocking the withdrawal of the B61.’