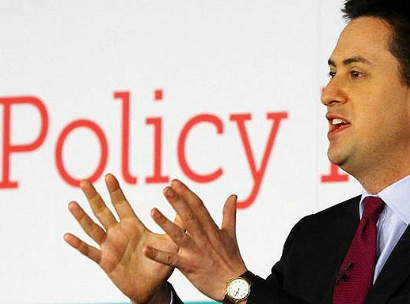 Ed Miliband has been regularly questioned by party members and the public since being elected leader about why on earth Labour would replace Trident.He has responded every time this issue is raised by saying he is not a ‘unilateralist’. For many of us, that is a soundbite and not a real answer, but he is of course consistent with the 2010 Labour manifesto which clearly stated:“We will fight for multilateral disarmament, working for a world free of nuclear weapons, in the Non Proliferation Treaty Review conference and beyond”.

But Vernon Coaker’s speech to RUSI this week re-stated his commitment to Trident replacement with no mention of multilateral disarmament.

Further to this, the Labour Party has published its final year policy consultation documents for the election manifesto and the ‘Britain’s Global Role’ document restates a commitment to Trident replacement unless the party is ‘convinced otherwise’ with a total lack of reference to any ambition for global disarmament.

Labour’s Defence team are rejecting any open discussion on UK possessing nuclear weapons even as a Tory-led Defence Committee in a report on 21st century deterrence argues ‘it is possible to foresee an environment in which the core role of nuclear deterrence – to protect a state from attack – is achieved by the deployment of advanced conventional weapons.’

So Labour should at the very least be clear that Britain’s nuclear weapons will be considered alongside all aspects of defence and security spending, from conventional military hardware to dealing with climate change.

And what has Labour to say on multilateral disarmament?

In 2015 whoever is elected at the General Election, the next review conference of the Nuclear Non-Proliferation Treaty will take place in the same month and should be one of the first global gatherings of the next Government. The opportunity this creates for a new government in Britain to state a fresh commitment to global disarmament is obvious.

And Labour can make a clear statement before 2015. There is a growing momentum from states across the globe to discuss the humanitarian impact of nuclear weapons and drive towards a global ban, as has been achieved with chemical and biological weapons, and more recently on landmines and cluster munitions. In 2013, 127 states met in Norway to discuss the humanitarian consequences of nuclear weapons. Last month 146 nations met in Mexico to continue the discussion. And that conference will reconvene in Austria this Autumn but it is unlikely the UK government will attend.

Labour should send a clear message on its commitment to global zero, by sending a representative to the Austrian conference. They will be in good company. The Austrian Social Democrats have stated their support for the conference.

The failure of the Labour Party’s draft foreign policy document to make any mention of such a commitment to disarmament generally or even re-asserting our ongoing commitments, under the Non-Proliferation Treaty, to pursue disarmament in good faith, is truly shocking. Labour’s Foreign Affairs and Defence teams must be challenged on this glaring omission, because they are missing easy opportunities to make clear statements to voters to whom disarmament matters.

But with the wider public it is the simple message: ‘Trident will be scrapped and billions saved’ that will resonate. Our next manifesto should make clear that Labour will scrap Trident and, unlike this government, we will participate in international discussions for a global ban.

Money saved from scrapping Trident must first be invested in those areas where there are high levels of employment related to Trident. Unemployment must not be allowed to rise in those areas most affected.

From a global movement of governments, to defence-focused Tory MPs or the ongoing debate in the Lib Dems, Labour must decide whether it is happy to sit back while the world moves on and towards disarmament.

Please urgently consider ask your CLP or affiliated organisation to submit an amendment to policy document by 13th June, removing the text that reasserts support for a ‘continuous at sea deterrent’ and replaces it with a commitment to engage in international discussions towards disarmament, while scrapping Trident at home.

Our ambition is have many CLPs across the country calling for this amendment.