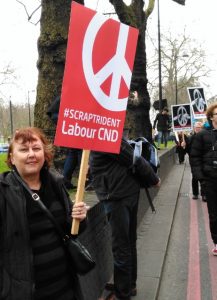 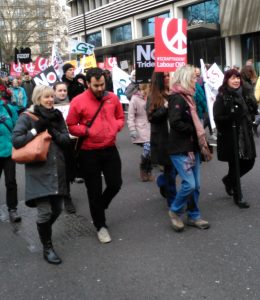 Read the text in full:

Congress welcomes the ‘Lucas Plan’ 40th Anniversary Conference held in Birmingham in November 2016 and agrees that the Plan was an idea from which we can learn much today.

The Plan was a pioneering effort by workers at arms company Lucas Aerospace to retain jobs by proposing alternative, socially useful applications of the company’s technology and their own skills. Forty years afterwards, we are facing a convergence of crises – militarism and nuclear weapons, climate chaos, and the destruction of jobs by automation – which mean that we have to start thinking about technology as political, as the Lucas Aerospace workers did.

However, in the four decades since the Plan was drawn up Britain’s manufacturing industry has shrunk from 25 per cent to 14 per cent of GDP, with the ‘defence’ industry now representing 10 per cent of all manufacturing. Britain cannot afford to lose any more manufacturing skills and capacity, and ‘defence’ workers are rightly concerned about the potential loss of jobs, for example if Trident replacement is cancelled.

In line with the outcomes of the Lucas Plan Conference, Congress therefore calls on trade unions and the TUC to lobby the Labour Party to establish before the   next general election a ‘shadow’ Defence Diversification Agency, to work closely with the Shadow Department for Industry in developing an overall national industrial strategy including the possibility of conversion of ‘defence’ capacity. The first task of this Agency would be to engage with plant representatives, trades unions representing workers in the ‘defence’ industry, and local authorities, to discuss their needs and capacities, and to listen to their ideas, so that practical plans can be drawn up for arms conversion while protecting skilled employment and pay levels. A key means for developing the national industrial strategy would be the National Investment Bank proposed by the Shadow Chancellor.

Congress also urges trades union councils, trade unions and the General Council of the TUC to assist the work of such a ‘shadow’ Agency if set up.