Veteran nuclear disarmament campaigner and Labour CND Chair Walter Wolfgang (pictured below) was awarded this year’s Ron Todd Peace Prize in a ceremony at the Marx Memorial Library in March. 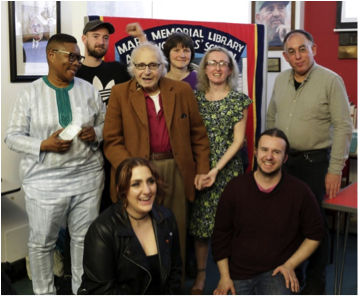 Todd was General Secretary of the Transport and General Workers Union, predecessor of Unite from 1985 until his retirement in 1992. He led Britain’s biggest union in the years when nuclear disarmament was at the heart of Labour’s annual conference debates. After his death in 2005, the Rod Todd Foundation was set up and has awarded annual prizes for outstanding achievement in areas close to the former General Secretary’s heart.